A storyteller who focuses on wine and the people who make it.

“Aperture Cellars the renowned Sonoma Winery founded by winemaker Jesse Katz, is excited to announce the opening of a custom-designed hospitality center and modern winery opening on Old Redwood Highway in Healdsburg, CA in spring 2020. The upcoming space will include an entirely new winery and a luxury hospitality space, both nestled just two miles from downtown Healdsburg, the region’s most up-and-coming wine country destination."

"But the wine’s success was also, in no small part, due to its winemaker Jesse Katz.... What I do remember is getting to taste his Devil Proof Malbec later that week, and thinking he had pretty much nailed what can be an extremely difficult grape to tease elegance out of." 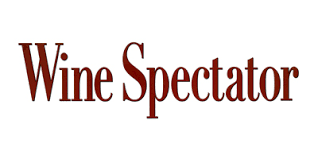 “The reasons why traditions stay is because of success in the past,” says Jesse Katz, as of last November the owner of the Ponzo vineyard, planted in 1912. In other words, the longevity of these Zinfandel plantings testifies to their enduring appeal, impervious to any decade’s trends and fads.

Boulder Native Becomes the Winemaker of Choice for Stars and Oenophiles

“Jessica Biel, an old friend from high school, asked Katz to make a cabernet blend for her nuptials to Timberlake in 2012, and the publicity... helped to launch further requests for personalized, small batches. He created a special label, The Setting, for those wines, which have included everything from a Cabernet Sauvignon that Miller sent to every opposing player in the AFC’s western division after last season to a... Pinot Noir called “Good Deed” that longtime friend Nathan Klutznick gifts to clients of his luxury-focused K Company Realty LLC."

“Robert Parker Jr. of The Wine Advocate, arguably the most powerful wine critic in the world, tasted a barrel sample of his 2012 vintage and tweeted “This may be the finest Malbec I’ve ever had in California, and it rivals the best in the world.” Within 24 hours there was a clamor for the wine, with Devil Proof attracting a cult following."

“Jesse Katz’s limited-availability wines sell out within days. His flagship wine?—it’s a cult Malbec, perhaps California’s finest Malbec, called Devil Proof. This is not someone taking a straightforward and predictable path to success and acclaim."

“Bronco's linebacker Von Miller gifted every player in the AFC West — including practice-squad players and those on injured reserve — with a bottle of custom wine and a thank you note. That’s more than 200 bottles...The Setting, was created by Jesse Katz, a Boulder native - who founded Devil Proof Vineyards and Aperture Cellars in California."

“To this day I’m fascinated by that concept of terroir and it drives my winemaking. Devil Proof is very specific in the sense that is focuses on the site—I’m looking for a great terroir that can produce wine in the style that I love. And I want it to evoke conversation and thought when people drink the wine.”

Winemaker of the Month: Jesse Katz

“I have been very fortunate to work and learn in some of the great wine regions ...observing and interacting with some of the great terroir for Bordeaux reds, from Screaming Eagle in Oakville to Petrus in Pomerol, has given me unique insights in dealing with ever-changing conditions that Mother Nature throws our way during harvest. Significantly, these experiences have also helped me find diamonds in the rough when searching for new vineyards here in my backyard of Sonoma and Napa." 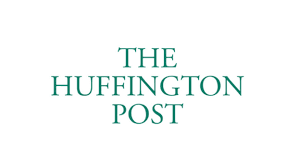 “As the head winemaker for Lancaster Estate, Jesse Katz grew the Roth brand over 800% and the Lancaster and Roth wines received the highest ratings in their history. Jesse now focuses on his flagship brand, Devil Proof..."

“Having worked with Paul Hobbs and Hans Vinding-Diers in Argentina, Katz recently released the debut 2012 vintage of Devil Proof Malbec onto the market, which Robert Parker described as the “finest” California Malbec he’d ever tasted."

40 Under 40: Most Outstanding Young Business and Community Leaders in the North Bay

“I want to make sure that our current focus on sustainability isn't a passing trend. I'm focusing on it with our vineyard managers and in the winery."

“His work at Lancaster Estate and Roth Estate wineries brought Katz a spot on Forbes magazine's 2014 "30 under 30" list of the brightest young American stars of food and wine. The same day he learned of the honor, he read Robert Parker's gaga review of the first Malbec he's made under his own label, Devil Proof Vineyards. Parker's review in Wine Advocate awarded Katz's 2012 Devil Proof Alexander Valley Hillside Malbec 94 points and gushed, 'This may be the finest Malbec I have ever tasted from California ... (the fruit) could easily rival the best from high elevation vineyards in Argentina.' "

“Not only was Jesse Katz the youngest ever winemaker at cult California wine estate Screaming Eagle, he also counts singer-turned-actor Justin Timberlake among his friends, helping the curly haired crooner craft a wine for his wedding to actress Jessica Biel last year."

"The son of photographer Andy Katz who came to Lancaster from Napa cult brand Screaming Eagle, Jesse's first vintage of 2010 Lancaster Estate Cabernet Sauvignon is just about to be released. Katz is also supervising the development of Lancaster's sister brand, the 50,000-case Roth, which will soon have its own separate winery and for which he will make six different wines."

"This past weekend was the eighth annual Pigs & Pinot fest at the Hotel Healdsburg, and across Sonoma County winemakers are always eager to find out which Pinot Noir will win the title of first place in the Pinot Cup. The title going to a somewhat more full bodied and easy drinking bottle, the Roth Estate 2010 Sonoma Coast Pinot Noir. Roth Estate winemaker Jesse Katz was humbled by and grateful for the win, and everyone in attendance was glad that California had won again"

"Katz followed his interest in Bordeaux varieties to Argentina. Working with Noemía winemaker Hans Vinding-Diers, he learned “hands-on winemaking”—literally: “The only equipment we had were two pumps,” Katz says. “A team of thirteen women de-stemmed the bunches berry by berry. I crushed every lot with my feet."

“Katz was the youngest hired head winemaker in the U.S. when he started at Lancaster Estate. In the past four years, he received 90+ scores on every Lancaster wine scored by Robert Parker."